The duty of the Grand President shall be to call meetings of the Grand Council and the Executive Council to order at the appointed time; to preside at such meetings; to preserve order and decorum; to assess fines; to enforce the Constitution and the Bylaws; to act in all ways as the Chief Executive of the Fraternity; to represent the Fraternity on the Board of Directors of the Pharmacy Leadership & Education Institute; and to deliver to that person’s successor all the documents and property belonging to the office. The Grand President may appoint Project Directors to 1-year terms to achieve the Fraternity’s goals. 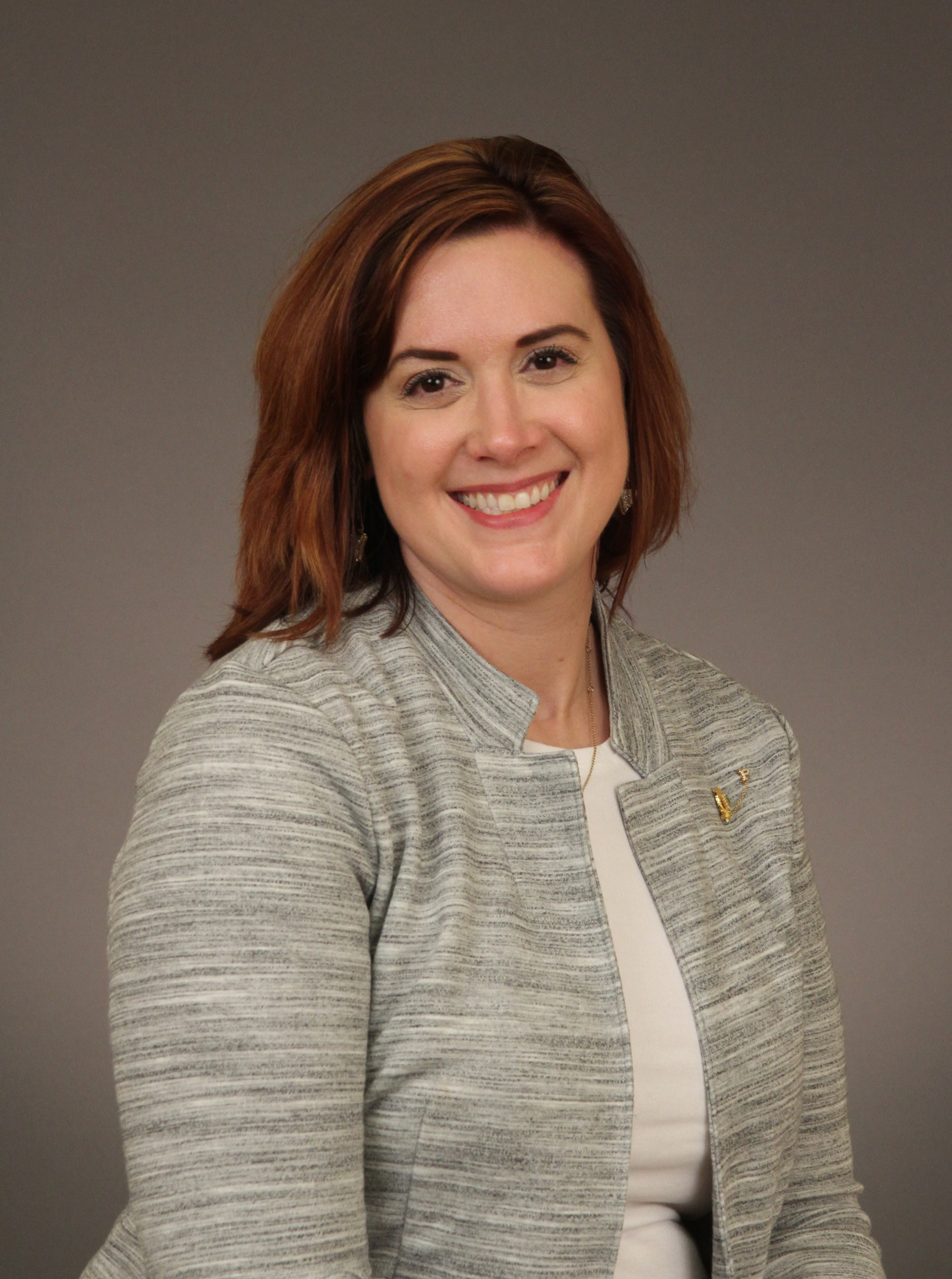 Andrea is a true Cajun girl originally from Lafayette, Louisiana. In 2007, she moved to Oklahoma City, OK where she attended the University of Oklahoma College Of Pharmacy. Back in 2007 this Cajun girl could have never imagined just how much of an impact joining Phi Delta Chi would have on the rest of her life.

In November of 2007, Andrea was initiated into the Rho Chapter, University of Oklahoma Health Science Center, within the Southcentral Region. She very quickly became active and involved; serving on various committees, serving as the Worthy Master-At-Arms, and finally as Worthy Vice Counselor.

In 2009, during her first trip to a Grand Council; an event happened that would forever change her life. During that Grand Council in Phoenix, Andrea met her future husband, Jason Hollingworth (Beta Rho). Upon graduation in 2011, the couple moved back to Andrea’s home town of Lafayette, LA where she took over as the clinical pharmacist focusing specifically on hospice and palliative care for three years. In 2012, Andrea and Jason were married in Santa Fe, NM by fellow Brother Kirk Hevener (Omega).

From 2013 to 2015 Andrea served as the Southcentral Regional Director for Alumni Affairs, supporting our chapters and alumni in the region. After working within the Southcentral Region, Andrea realized that Phi Delta Chi had quickly become her passion and that she wanted to make a difference. During her two terms as Grand Vice President for Alumni Affairs (2015-2019), Andrea realized that there were no policies to help guide Alumni Chapters and there were no rules that tell you how to be an alumnus. Andrea hopes that during the last four years, that she and her Alumni Affairs team have created more guidelines for Alumni Chapters and created more structure and stability. Currently, Andrea is working as the Pharmacy Manager for a local independent pharmacy in Louisiana and spends her free time visiting Brothers across the United States.

Andrea’s passion for the Brotherhood has been seen and hopes to continue to transfer that passion and enthusiasm to all Brothers. If there is anything that Andrea would like for you to remember it would be that the Crowning Glory is to serve and she is but a trusted servant to all Brothers. Finally, as a Phi Delta Chi alumnus, we have the power to positively influence others and to ultimately preserve our Brotherhood. Let us focus on inspiring our future Alumni and preserving the excellence that is Phi Delta Chi!!!