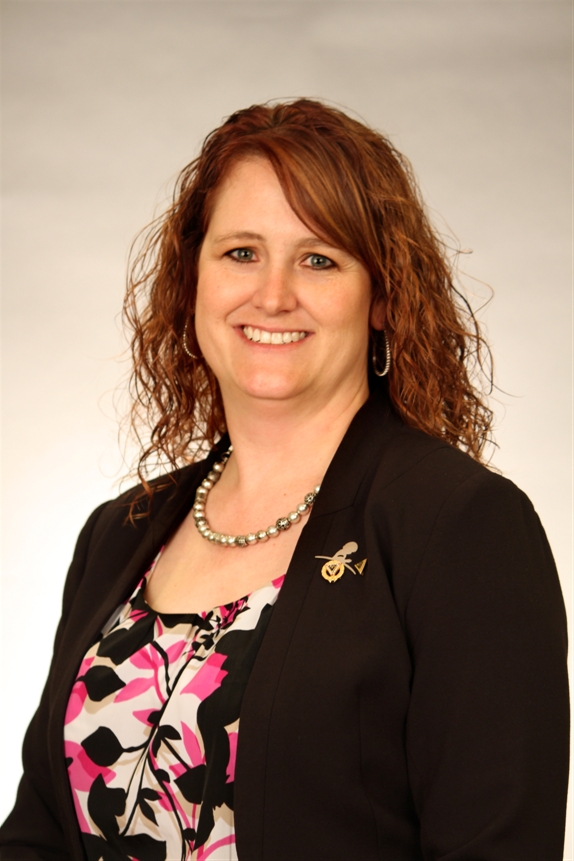 Traci is a born and raised Texan. She grew up in the South Plains area of Texas surrounded by cotton fields. She had no idea what she wanted to be when she grew up, and when filling out her application for college had to select a profession of interest. Her dad said “Why not pharmacy?” and so the box was checked and the rest is history. Traci went across the state to Texas A&M University to get her undergraduate degree in Biomedical Science and graduated in 2001. She worked at the TAMU Veterinary School Large Animal Hospital Pharmacy during undergrad and after being accepted into The University of Texas College of Pharmacy she decided she needed to learn about human drugs and began working at Walgreens. She was recruited by the Phi Delta Chi Lambda Chapter in 2001 and was initiated that fall.

Traci served Lambda as WKRS and WCC. She attended her first Regional Conference in Amarillo in 2002 and her first Grand Council in Minnesota in 2003. Traci attended her first Southcentral Regional Founders’ Day in Texas in 2002 and has currently attended annually for 18 years. She was WCC when Lambda hosted SC Regional Conference in 2004, and has continued to find ways to attend LDS, and GC post-graduation. Traci served as Texas Alumni Chapter President from 2009-2011. She was asked to serve on the National Alumni Constitution and Bylaws Committee in 2011. She previously served the fraternity as Southcentral Regional Director for Alumni Affairs from 2011-2013 before being elected as Grand Vice President of Alumni Affairs at the 69th Grand Council in Omaha, NE.  Traci worked from 2013-2015 to increase alumni relations and structure with the RDAA Team. At the 70th Grand Council, she presented, on behalf of the National Alumni Constitution & Bylaws Committee, a total of 15 constitution changes affecting our alumni affairs and operations. All proposed changes were approved except for two. Traci also chartered two new alumni Chapters during her term. To continue her service to the Fraternity on a greater level, she chose to run as Grand President in 2015 at the 70th Grand Council in Albuquerque, NM. The 2015-2017 term was filled with many accomplishments including a rebranding of the Fraternity with a new logo and tagline “For Life.”  Seeing that the work was only beginning, she opted to run for a second term as Grand President at the 71st Grand Council in Washington, DC. The past two years were extremely busy, but the greatest accomplishment was the approval of a completely restructured national Constitution & Bylaws with a new associated General Policies & Procedures. It was a wonderful four years serving as Grand President. In 2019 at the 72nd Grand Council she stepped down as Grand Past President.

Professionally, Traci graduated from UT with her Pharm.D. in 2005 and then completed a PGY1 General Practice Residency at Presbyterian Hospital of Dallas with Texas Tech University Health Science Center in 2006. She remained on at PHD for almost a year before starting at a small community hospital where she helped to establish clinical services over her 4 years there. She then transitioned to Methodist Dallas Medical Center as a Clinical Pharmacist. She worked for three years focusing on CHF and post-cardiac intervention patients and then switched positions working with the Liver Institute of Dallas to serve the liver transplant population at MDMC. She was a preceptor for several schools in Texas and for the MDMC PGY1 residency program. In 2016, her family moved to Lubbock Texas so her husband could pursue his dream of being a cotton farmer, taking over the family business.  Traci began working for Covenant Medical Center in Lubbock, and works as a decentralized clinical pharmacist  serving both a nephrology focused floor and a medical/surgical unit where she is able to round with the Internal Medicine team. She remains a preceptor for P3 and P4 Texas Tech students and also for the PGY1 residency program. Personally, Traci has been married to Mike for since 2002 and has two daughters, Audrey 15, and Olivia 13.  Her daughters keep her busy with their many after school activities including soccer, band, volleyball, and track.  They have enjoyed attending the last three Grand Councils in Albuquerque, Washington DC, and Anaheim and getting to meet the kids of other Brothers.